As published by The Daily Herald 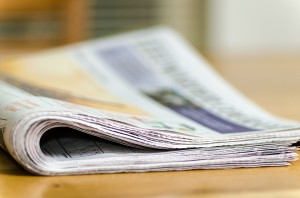 Jake Crabbs, a third-year student at John Marshall in Chicago, has been invited to present a paper at the second annual Braniff Conference in the Liberal Arts in January 2016. The conference is organized by the Braniff Graduate Student Association at the University of Dallas in Irving, Texas, to explore the relationship between philosophy and poetry.

Crabbs has a bachelor’s degree in liberal arts from St. John’s College in Annapolis, Md. His paper for the Braniff Conference, “The Poetics of American Common Law,” will not be the first time he has ventured beyond the walls of academia with his knowledge and ideas about common law.

The Nov. 18, 2015, issue of the Chicago Daily Law Bulletin published an article by Crabbs that explains the many changes in common and statutory law that have led to a once-hallowed mnemonic device for recalling common-law felonies becoming irrelevant.

John Marshall’s legal writing program recently was ranked No. 5 in the country, and best in Illinois, by U.S. News & World Report.