As published in Yahoo Finance 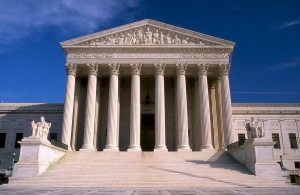 Research conducted at The John Marshall Law School in Chicago has helped lead to changes in how the U.S. Supreme Court preserves materials cited in its opinions.

This fall, the Supreme Court said it would address so-called “link rot,” where Internet-based material cited in opinions may cease to exist online. According to the Court, its Office of Information Technology will preserve Web-based content cited in Court opinions by making Web-based content included in Court opinions from the 2005 term forward available on the Court’s website.

The dead link problem came to light by research done at John Marshall by Raizel Liebler, head of faculty scholarship initiatives, and former chief information officer June Liebert, as well as at Harvard Law School. In “Something Rotten in the State of Legal Citation: The Life Span of a United States Supreme Court Citation Containing an Internet Link,” Liebler and Liebert analyzed several citations, and found that “the number of Supreme Court citations to Internet links that are no longer working is alarming.”

In the study, published in the 2013 issue of the Yale Journal of Law and Technology, they found that of 430 links contained in Supreme Court opinions from 1995-2010, 29 percent were invalid.

According to the John Marshall study: “Citations are the cornerstone upon which judicial opinions and law review articles stand. … Citations to disappearing websites cause serious problems for future legal researchers. … Unfortunately and disturbingly, the Supreme Court appears to have a vast problem with link rot, the condition of internet links no longer working.”

“It’s gratifying to see research published by my colleagues at John Marshall lead to real actions at the U.S. Supreme Court to preserve these important bases for its opinions,” said Ramsey Donnell, Library & Technology director at John Marshall.

John Marshall’s study mirrors research conducted by Harvard Law School and published in the Harvard Law Review that found the rise in use of online citations is creating an increased and real potential for compromised legal arguments. “Unless action is taken to archive this type of information, future readers will be unable to obtain the sources relied upon by the authors whose work they read. The integrity of scholarship will suffer,” according to “Perma: Scoping and Addressing the Problem of Link and Reference Rot in Legal Citations.”

John Marshall was an early partner in Perma.cc, a site headed by Harvard that helps scholars, journals and courts create permanent links to the online sources cited in their work.