The John Marshall Law School in Chicago welcomes Margaret Ryznar and Christoph Henkel as visiting professors for the Spring 2019 semester. 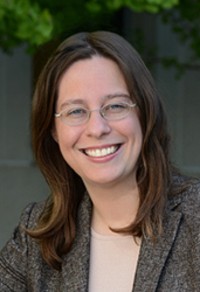 Ryznar is teaching Estates and Trusts and Income Tax. Her scholarship focuses on the rights of family members under federal and state law, with emphasis on how family members hold and transfer property among themselves.  Most recently, she has been researching the impact of technology on her fields. Ryznar is a Dean’s Fellow and the Grimes Fellow Professor of Law at Indiana University Robert H. McKinney School of Law. She teaches Income Taxation of Individuals, Fiduciaries & Business Associations; Trusts & Estates; Family Law; International & Comparative Family Law; and Juvenile Law.

Before joining Indiana University, Ryznar served as a law clerk to the Honorable Myron H. Bright of the United States Court of Appeals for the Eighth Circuit and practiced law with Cadwalader, Wickersham & Taft LLP in Washington, DC. She graduated from Notre Dame Law School and holds a master’s degree in European Studies from Jagiellonian University and a bachelor’s degree from the University of Chicago with a quadruple major in Economics; English Language & Literature; Political Science; and Law, Letters, & Society. 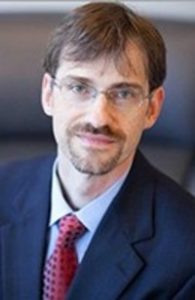 Henkel is teaching Secured Transactions and Business Associations. He joins the law school from Mississippi College School of Law, where he teaches and writes in the areas of contracts, business, banking, bankruptcy and commercial law.

Henkel joined Mississippi College School of Law in 2009 and is the Co-Director of the International and Comparative Law Center. He holds S.J.D. and LL.M. degrees from the University of Wisconsin Law School. He earned a J.D. equivalent degree at the Justus-Liebig-University in Giessen, Germany, and has practiced law in Europe and the United States.