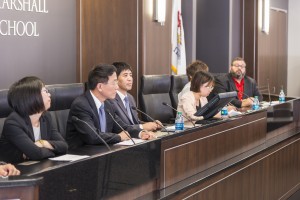 How do social workers in Shanghai care for their aging population, and how might that compare to caregivers in Chicago? Social workers from both international cities discussed how their cities meet the needs of older citizens and set out policies to protect them, in a program hosted by John Marshall and the Sister Cities International Shanghai-Chicago Social Services Exchange Program.

“In developed countries, whether that is here, Europe, South America or China, people are living longer and there’s a much higher chance of physical infirmities and mental incapacity,” said Barry Kozak, director of John Marshall’s Elder Law Programs. “While the issues of aging are the same, the level of care and the responsibilities for an older person differ from country to country.” 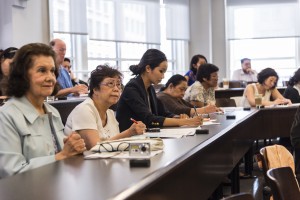 “During this exchange program, we explored best practices of how any society can support and help its citizens thrive, regardless of their age. But when physical and mental abilities diminish, we all must look at how best to protect older adults from harm,” Kozak said.

The academic panelists discussed the United Nations debate on a Convention for the Rights of Older Persons; the difference between mental illness and mental capacity; ageism and its impact on older women; and insights of how the Chinese social model works for older citizens. 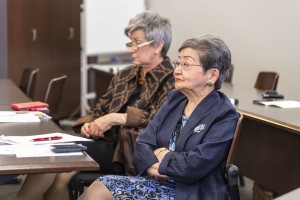 Shanghai, China, has been Chicago’s Sister City since 1985. In addition to the more familiar projects to foster business and commerce between the sister cities, Social Services Exchange Programs, such as this one, serve as conduits for cultural discourse, a mutual sharing of professional social service knowledge, skills and cultural experiences to enhance social services in our global community.