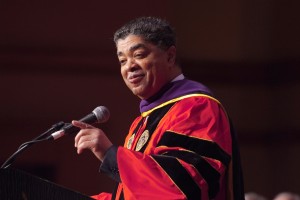 There are people…who are waiting for you.  They’re losing their homes, have no job, have been accused of crime, victimized.  You need to stay the had of oppression.

Keep from government intrusions. You will have your hands full

In my experience at least 3 things 1) Be the voice of reason, 2) Have the courage to act and 3) Be gracious to the high and low you encounter along the way.

An attorney with all three principles was Robert Jackson, a bright, talented, and capable person with a key intellect.  He never went to college or got a law degree. He pursued the law like in the 19th century by going to work at his cousin’s law firm in Albany, N.Y. and got a certificate in law.

In NY his name became a legend. FDR convinced him to become a government lawyer and served as solicitor general and the US Attorney for the United States.

FDR called on Jackson to help him create a way to assist America’s allies after Hitler’s invasions.  It was Jackson who came up with the Lend-Lease program to work around Congress.

FDR named him to the Supreme Court and planned to make him chief judges at some point.

After Japan attacked Hawaii, word came out that everyone was to salute the flag and children were required to say pledge of allegiance every day.  One child refused and Jackson argued he had the right to say no.

After the United States put Japanese-Americans in internment camps, Jackson again said that was wrong, but he couldn’t convince enough members of the Supreme court.  “Guilt is personal, not inherent,” he believed.  50 years later government paid Japanese.

After the war ended and Nazis were captured, many wanted to kill all who were rounded up, but Jackson said no.

Jackson went to serve on the Nuremburg Court and gave Nazis their due process and presumption of innocence.

He went back to the SCt and heard Brown v Board leaving the hospital so that the Warren Court could have a unanimous decision.

He was committed to reason, courageous and gracious to everyone. He was a lawyer of principles.  That’s what I want you to be.  You will overcome obstacles. “

Build a legacy of conscience and care. “ You are prepared; you are ready.  Go to it class!”