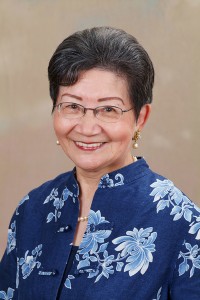 Professor Dorothy In-Lan Wang Li, director of the Asian Alliance Program at The John Marshall Law School, was presented with the Magnolia Memorial Award by the municipal government of Shanghai, China. She was recognized for her efforts “tirelessly promoting the exchange of legal culture and education between the United States and China.”

The Magnolia Memorial Award is Shanghai’s highest honor in appreciation of foreign nationals for their outstanding contribution to the economic and social development of Shanghai. Since its establishment in 1989, more than 850 overseas friends have received the award.

Li has helped promote cooperative approaches between John Marshall in Chicago and East China University of Political Science and Law (ECUPSL), including the spring 2012 agreement to organize the Sino-American Research Center for an Aging Population. It is the first of its kind in China. The research center established by John Marshall and ECUPSL will share information, research and writings as a collaborative project to learn how best to advocate for the independence, dignity and care for aging populations in the U.S., China and around the world.

“Madam Li has always paid attention to the development of our school, the education of our students. She has made great contributions in promoting the broad cooperation between the legal communities in the U.S. and China,” according to a spokesman at the ECUPL.

This is the second honor for Li. In 2007, she was the recipient of the People’s Republic of China Friendship Award in recognition of her contributions and dedication to China’s social and economic development. Since 1993, Li has been instrumental in organizing John Marshall’s outreach in Asia. She was nominated for the Friendship Award by attorneys at the State Intellectual Property Office (SIPO), a Chinese agency for all patent and trademark approvals in China. Today more than half of the attorneys at SIPO have been trained or received degrees in intellectual property law from The John Marshall Law School.